Cats of Our Forest

Heading into the woods after a fresh snowfall is one of my favorite things to do. It gives me a chance to see who has been out and about. Last week's four inch wet snow was perfect so I laced up my hiking boots and headed for the woods.

It didn't take long to come across numerous tracks of a bobcat (Lynx rufus). Since bobcats are generally solitary the tracks were probably from one animal moving back and forth across the area in search of food. 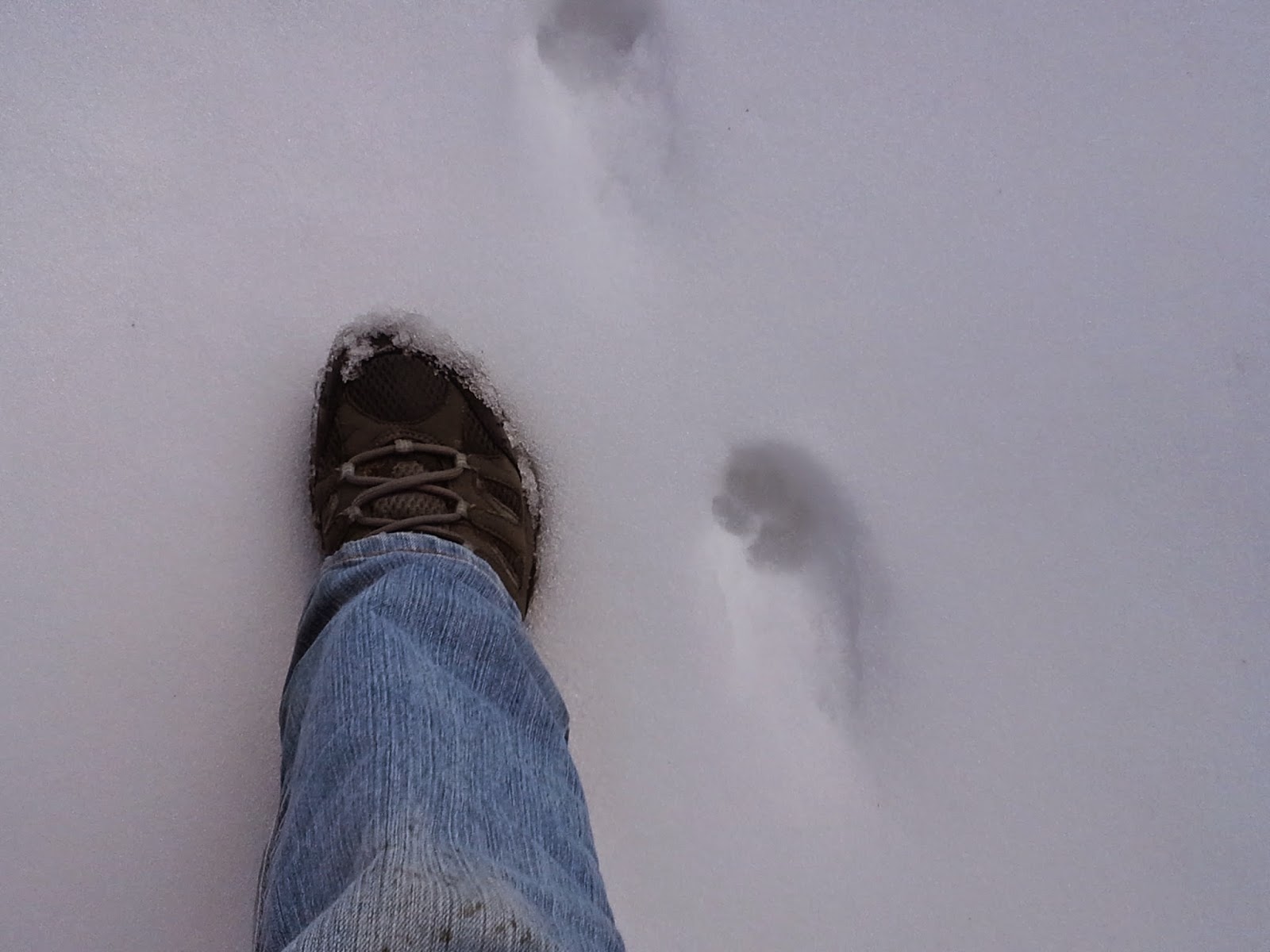 Bobcats hunt by stealth, relying on surprise rather than a lengthy chase. Opportunistic, bobcats will feed on practically any prey including mice, chipmunks, squirrels, prairie dogs, rabbits, porcupines, small birds and even deer. Bobcats are active all year and most of their hunting occurs at night or at dawn and dusk.

Bobcats favorite habitats are pinon-juniper woodlands and montane forests making them quite at home in our forest. In fact just after I took the photo of my foot and the bobcat track, the long-legged cat ran across the clearing in front of me and disappeared into the trees.

After enjoying my personalized visit by "Bob" I continued on, studying the tracks of all the little creatures of the woods. There were the tiny tracks of a deer mouse and the hopping tracks between trees of the pine squirrel (Chickaree). Since the snow cover wasn't very deep I also came across the tracks of a raccoon.

Just as I was about to turn back I noticed the tracks of the largest winter predator of the forest, the mountain lion (Felis concolor). 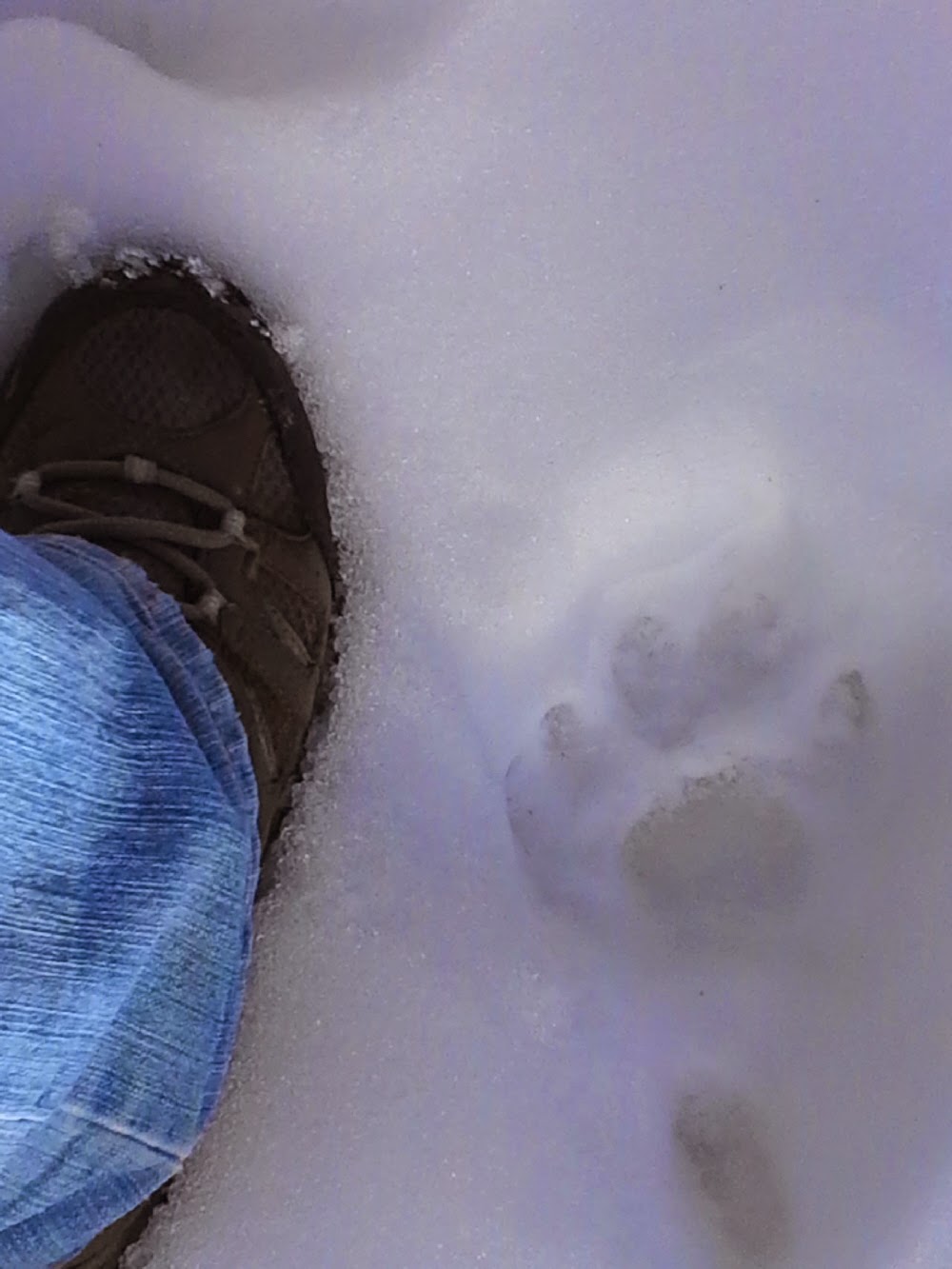 Seeing these tracks gave me both a thrill and a chill. This elusive and solitary cat is rarely seen. Lions mainly prey on deer but this time of year the deer have moved to lower elevations and the lions are left with rabbits, porcupines, raccoons, mice, an occasional young elk, and around here, wild turkeys.

Over the years I have found the remains of several lion kills and I am always reminded that with respect to the lion, we are not the top of the food chain.

Posted by Homesteading with the Wild at 3:57 PM