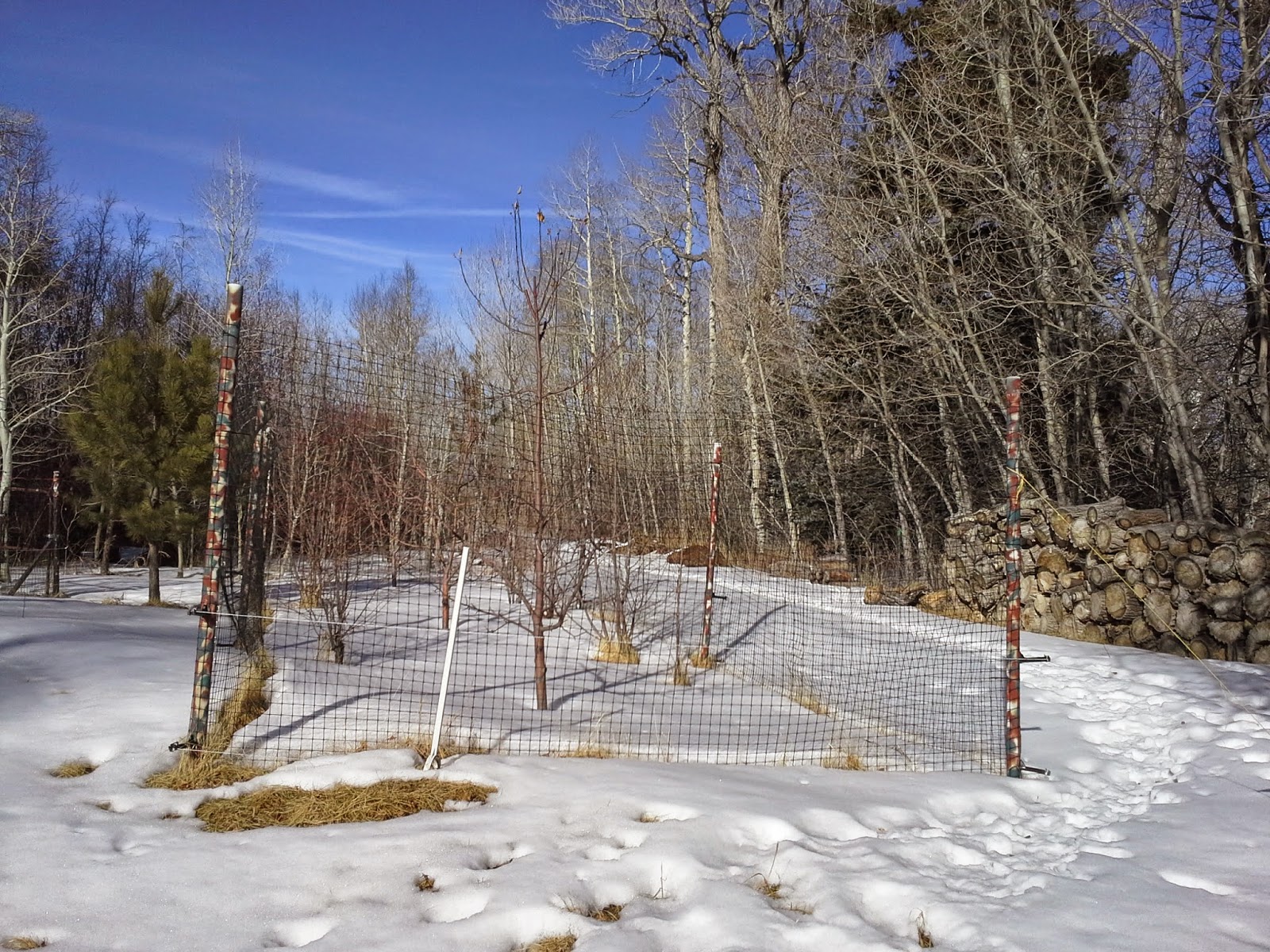 Last Saturday was the day for our annual Orchard Wassailing. In years past it’s been just Don and I with a cup of apple cider, standing in the snow, toasting our apple and cherry trees. This year’s celebration was very special because it wasn’t just us, it was the neighborhood and the wassailing was organized by a wonderful neighbor who just started her own little orchard. 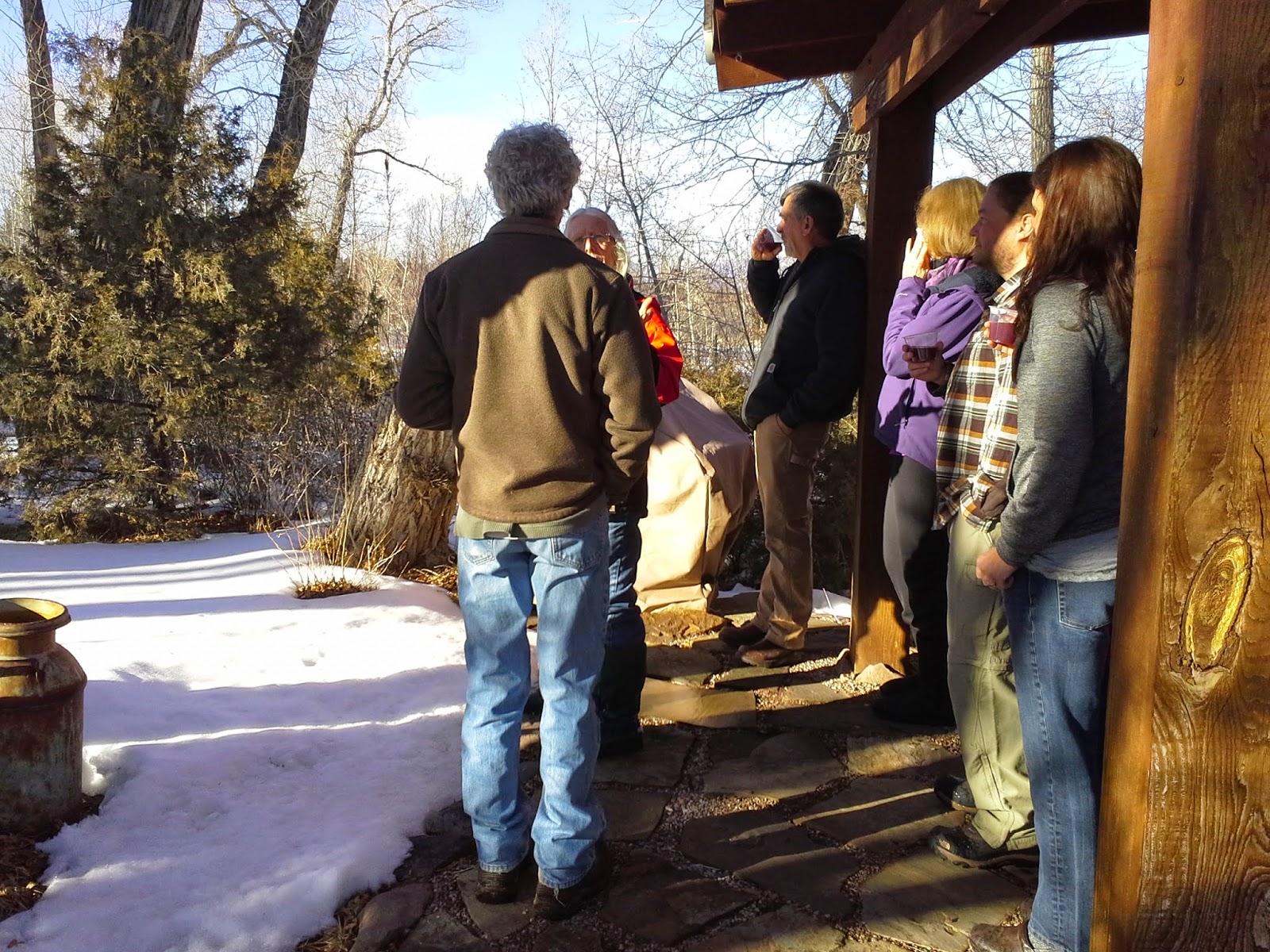 We first learned about fruit tree wassailing in Michael Phillip’s book, The Apple Grower. According to Wikipedia the purpose of wassailing is to awaken the cider apple trees and to scare away evil spirits to ensure a good harvest of fruit in the autumn. In the cider-producing regions of west England (primarily the counties of Devon, Somerset, Dorset, Gloucestershire and Herefordshire) wassailing also refers to drinking (and singing) to the health of trees in the hopes that they might better thrive. 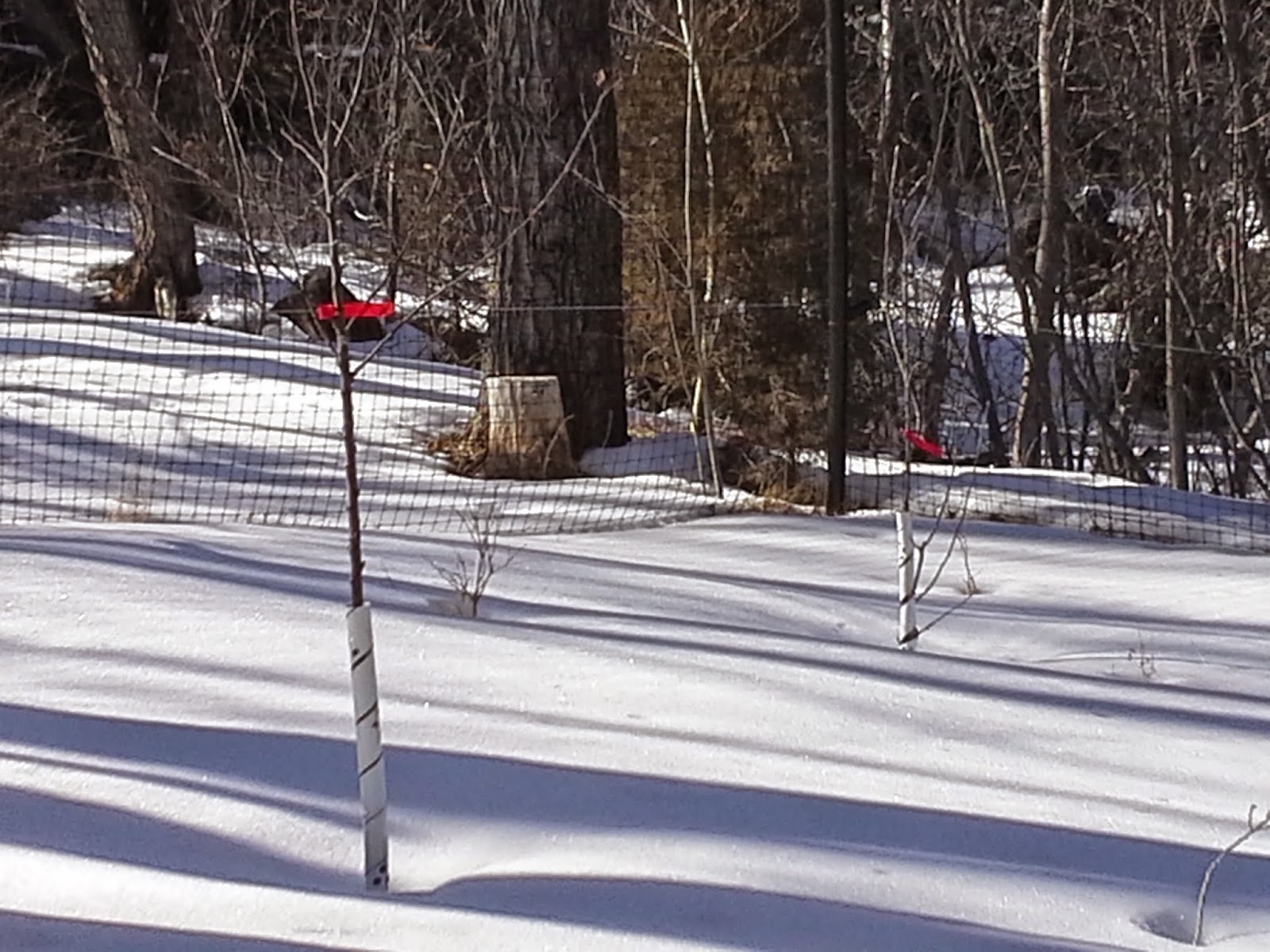 
The ceremonies of each wassail vary from village to village but they generally all have the same core elements. On January 17th (the old Twelfth Night) a wassail King and Queen lead the song and/or a processional tune to be played/sung from one orchard to the next, the wassail Queen will then be lifted up into the boughs of the tree where she will place toast soaked in Wassail from the Clayen Cup as a gift to the tree spirits (and to show the fruits created the previous year).

Then the assembled crowd will sing and shout and bang drums and pots & pans and generally make a terrible racket until the gunsmen give a great final volley through the branches to make sure the work is done and then off to the next orchard. Private readings about people in Somerset in the 1800s revealed that inhabitants of Somerset practiced the old Wassailing Ceremony, singing the following lyrics after drinking the cider until they were "merry and gay:"

Perhaps unbeknownst to the general public, this ancient English tradition is still very much a thriving tradition right here in the mountains of southern Colorado. There are already plans for next year and who knows, maybe by then another neighbor will start an orchard and we’ll have a third location to visit. And just in case you wondered we don't yet have a wassail King, Queen nor gunsmen but there is always next year!

Posted by Homesteading with the Wild at 2:52 PM 2 comments: