It was unusual to see wild turkeys when we moved here more than 20 years ago. We’d see an occasional turkey here or there with the biggest group of a dozen or two along the back road to Salida. An old rancher along that road would plant a small patch of oats every year for the turkeys to enjoy during the winter.

State wildlife officers and sportsman/conservation groups began reintroducing wild turkeys in Colorado in the early 1980s to strengthen dwindling populations. Martin “Turkey” Burget, with the then Colorado Game & Fish Department, in Southwest Colorado was instrumental in the effort distributing wild turkeys throughout Colorado. 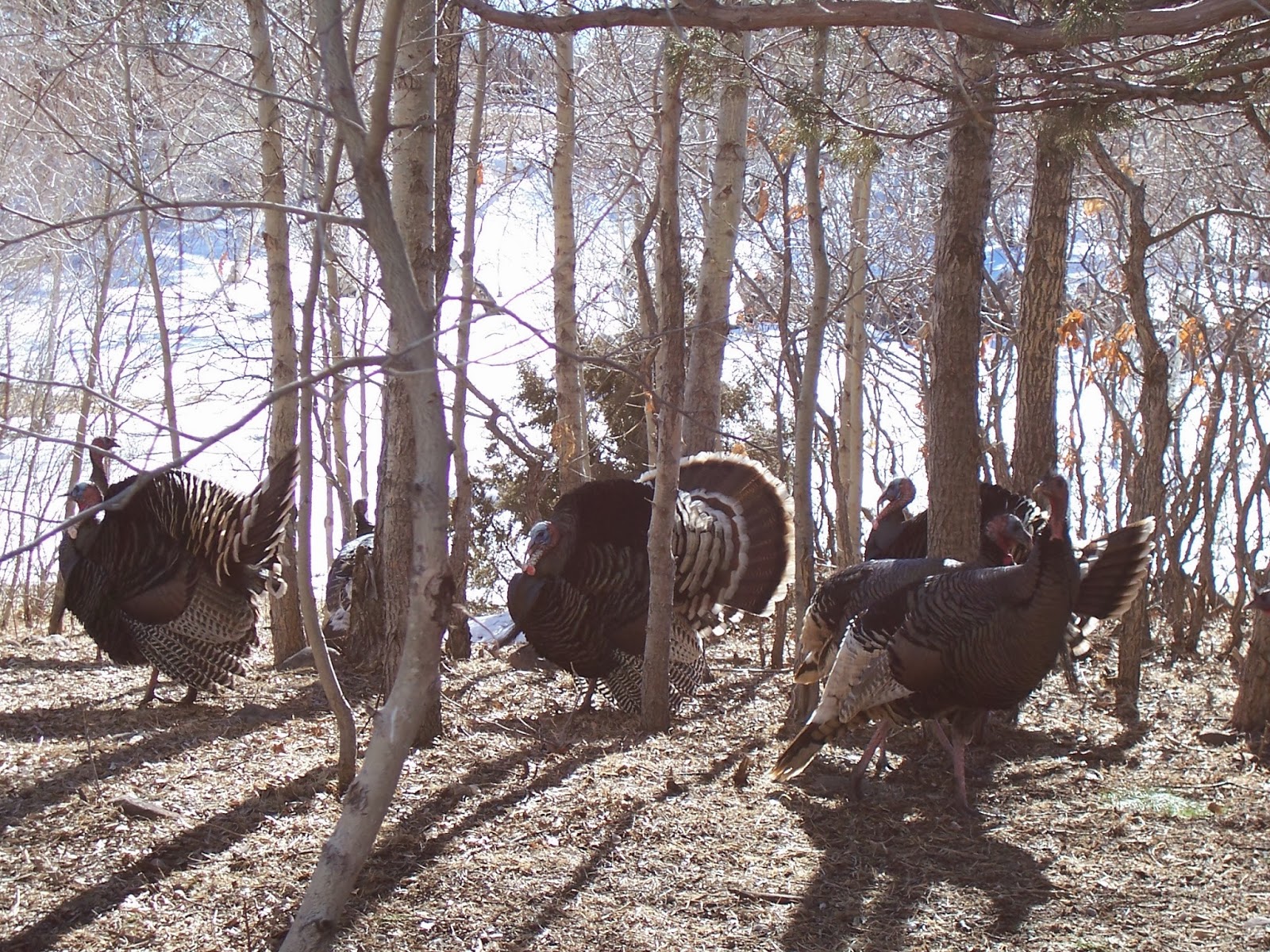 The favorite habitat of wild turkeys is a mixture of ponderosa pine and Gambel oak that provides food, shelter and roosting areas. Many of Colorado’s mid-elevation (7000 – 9000’) mountain areas include this preferred habitat. Wild toms and hens mate in early spring in areas where they’ve spent the winter.  The hen then builds a nest hollowed out in the ground, often a secluded site in a stream corridor where there will be plenty of bugs for the newborn chicks.

I don’t recall when we started seeing more turkeys nearby but sometime in the early part of the 2000s their presence became more noticeable. At some point probably around 2006 – 2007, we’d have a mother hen and her brood show up almost every afternoon. The poults (young turkeys) weren’t much larger than a baseball and covered in fuzz. We started feeding them cracked corn to help their survival and because we enjoyed seeing them. In the months that followed the poults grew and developed full feathering enabling them to fly into the trees at night for roosting. By the time they left for the winter the poults were nearly the size of their mother.

In the years that followed it was not unusual for several hens and their poults to show up for corn. We never knew if the hens were ones who had been here before or if they were grown poults and their broods. Whatever the situation, the number of turkeys that showed up every summer kept growing as did our cracked corn budget.

Normally winter weather sends the turkeys to lower elevations where they can get around easier and there are more food options for them. For some reason they didn’t leave this winter even though we started right off with 26” of snow in mid-November. The turkeys stuck it out and we have anywhere from two to three dozen ready for their corn every morning. Two other landowners in the area also feed the turkeys so the neighborhood is full of the birds. 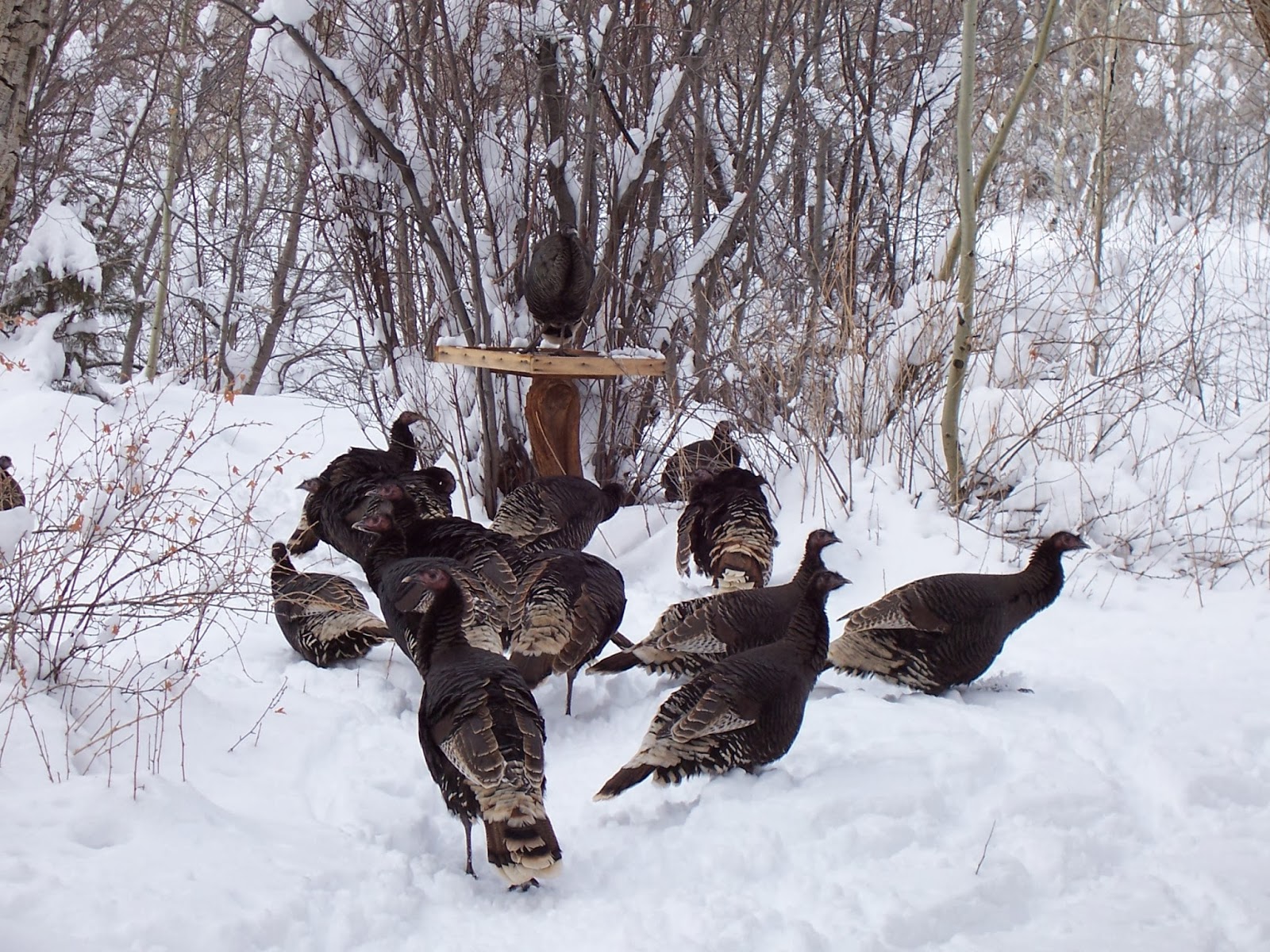 Last year we decided it was time to put the turkeys to work by feeding them in a different location each time. Their scratching and pecking loosens up the soil and there is no better soil amendment than poultry (including turkey) poop. 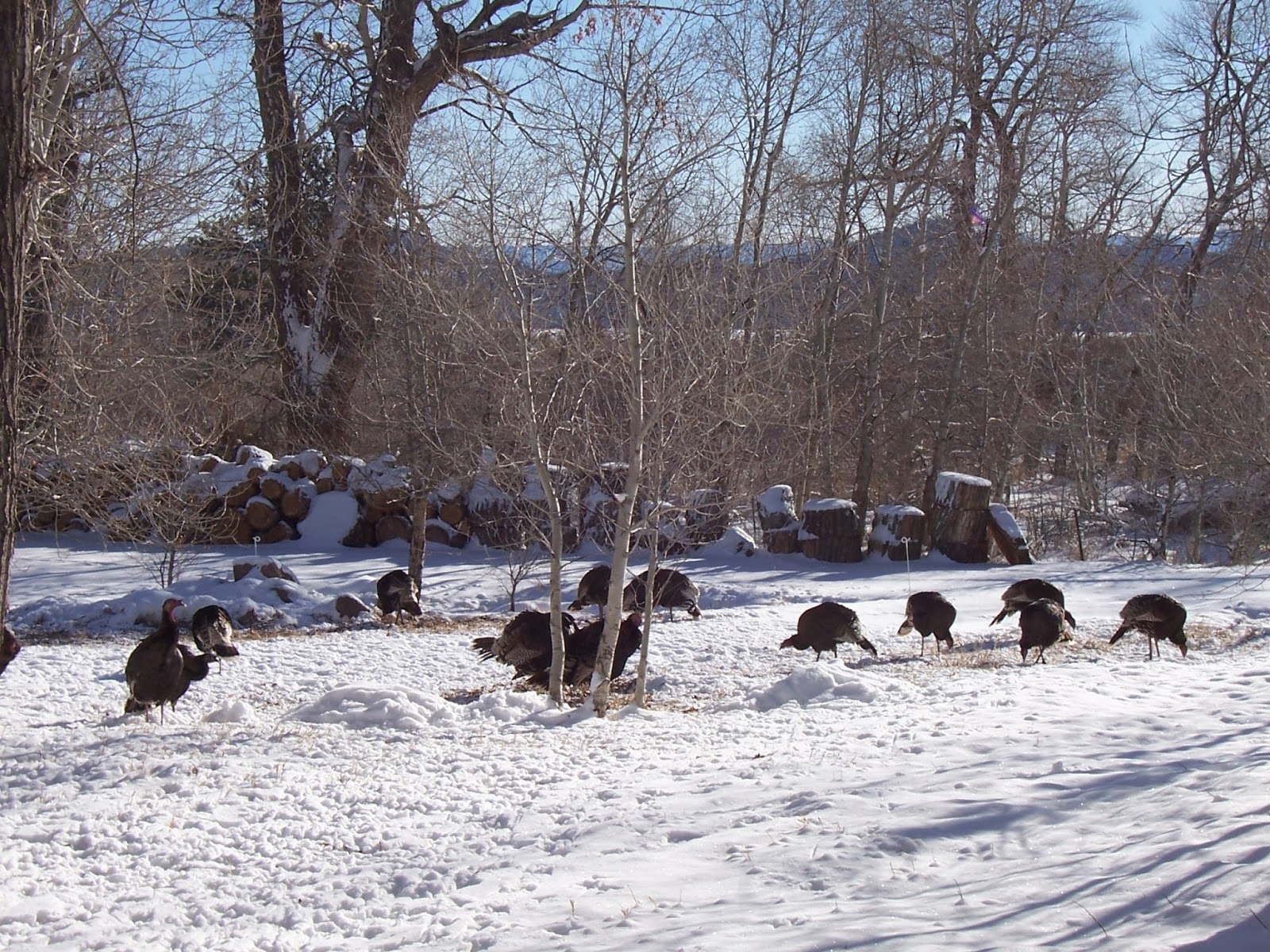 Before you think that the turkeys have a pretty easy life around here remember that turkeys are prey for fox, coyote, bobcat, mountain lion and even bear on occasion. Just last week we accidentally interrupted two foxes who were stalking the turkey flock and later the same day, a coyote.

We really enjoy our turkey neighbors and are happy to be a part of their success in the area. They are an important part of the ecosystem. 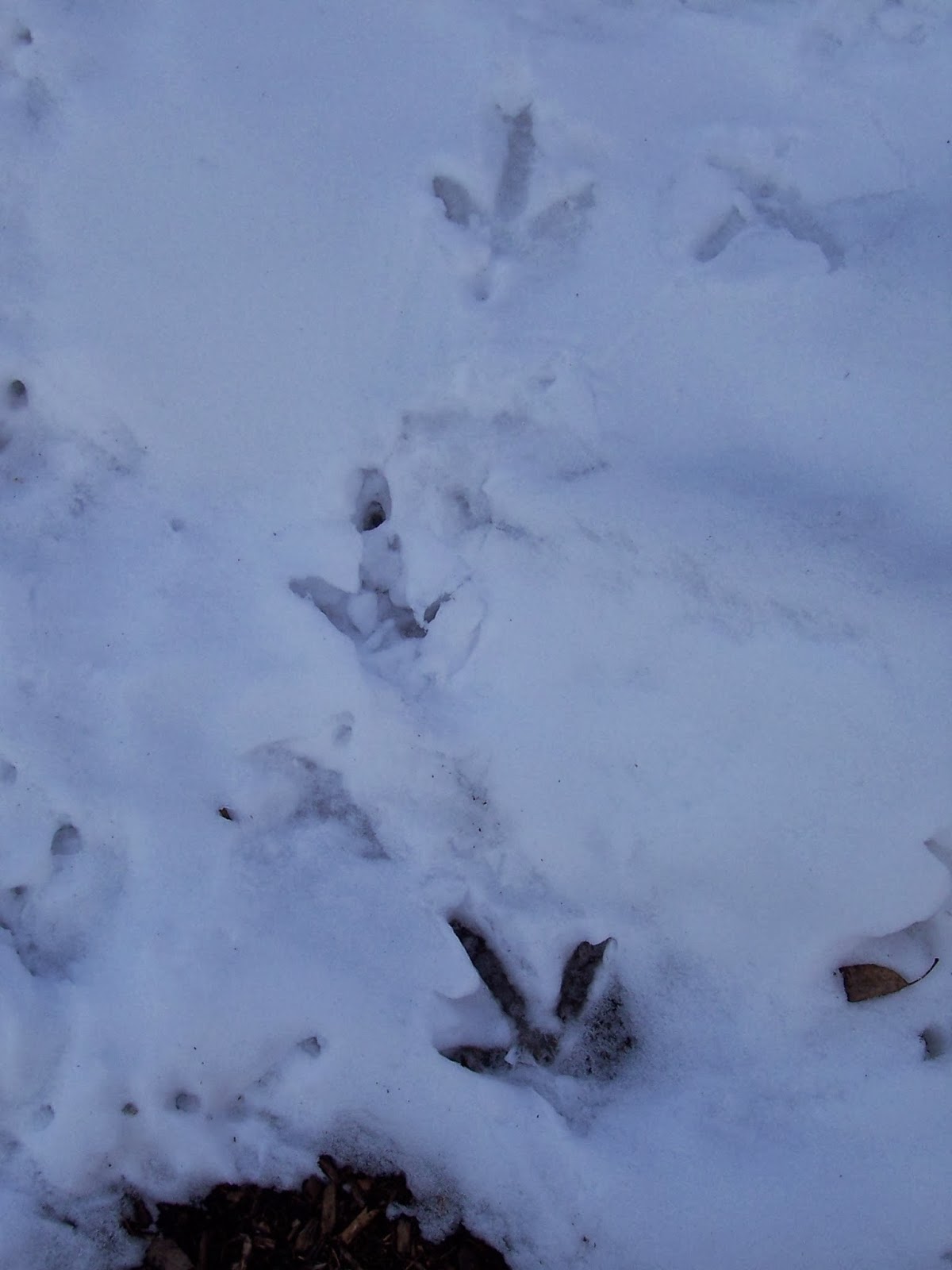 From FleurCreek Farm
Posted by Homesteading with the Wild at 4:52 PM No comments: